Akshara Singh Luxury Lifestyle: Akshara Singh, a well-known actress of Bhojpuri industry, achieved success with her acting and singing. Today Akshara’s name is famous not only in Bhojpuri cinema but also in the country and abroad. Akshara has achieved so much success in a short time that today she is not interested in any identity. The world knows him through his skills. Akshara is the top and highest paid actress of Bhojpuri films. Akshara gained a lot of recognition from the Bhojpuri industry, but before appearing in Bhojpuri films, Akshara has also worked in Hindi TV shows. Akshara lives a royal and luxury life as compared to other Bhojpuri actresses, she has a collection of luxurious houses and expensive vehicles in Mumbai.Also Read – Anjali Arora flaunted a new phone after MMS leaked, so fans got angry and said ‘ED’s soon’

Akshara stepped into Bhojpuri cinema with this film Also Read – Ranbir is unable to distance himself from Alia for a moment, said ‘I want her all the time…’

Akshara Singh debuted in 2010 with Bhojpuri film ‘Satyamev Jayate’. Akshara’s first film proved to be a super hit. After this Akshara put a line of many hit films one after the other. Slowly Akshara’s feet started to settle in the Bhojpuri industry and she never looked back. Today Akshara is known all over the world for her skills. Fans are not only convinced of Akshara’s acting but also her voice. Also Read – Prabhas-Kriti Sanon fall in love secretly! Closeness grew during the shooting of ‘Adipurush’?

Glimpse has been seen on social media

Akshara lives in a very luxurious house in Porsche area of ​​Mumbai, glimpses of Akshara’s beautiful house are also seen many times in her Instagram posts. He has a luxurious house in Mumbai, which is worth crores. Akshara shares many photo-videos on social media, in which a glimpse of her house and room is seen.

From the balcony of the actress, there is a very good view of the big buildings of Navi Mumbai. Along with this, there is also a view of the sea from one side. A huge sofa is kept in the hall of the actress’s house, on which Akshara is often seen making Instagram reels while sitting with her family. The hall is decorated with very beautiful curtains and lighting. The actress keeps sharing her photos and videos from her garden many times. Akshara has also shared photos clicked in her garden on her Instagram. 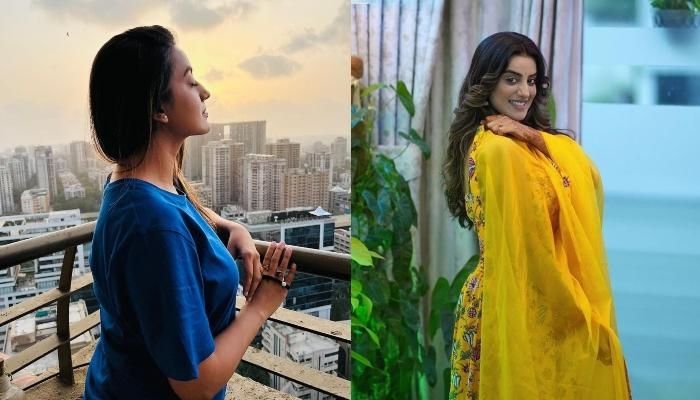 Talking about the collection of vehicles, like home, Akshara is also fond of expensive vehicles, she has a Xylo car, which costs 12-15 lakh rupees. Apart from this, Akshara also owns many expensive vehicles like Toyota Fortuner and Mahindra Scorpio. In the early stages of her career, Akshara used to get very low fees. But today Akshara charges 20-22 lakh rupees for a film, which is equal to Bhojpuri’s top actress. Apart from this, the songs of Akshara are also released on YouTube.