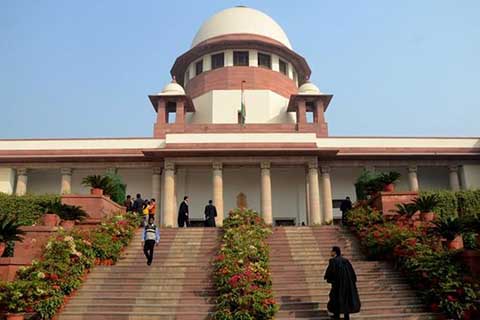 NEW DELHI// The Supreme Court declined to hear a plea seeking directions to the Centre, states and Union Territories to implement a common dress code for staff and students in registered educational institutions. Justice Hemant Gupta And the bench of Sidhanshu Dhulia said that this is not a matter which should come before the court for decision. The public petition argued that a dress code should be implemented to secure equality and promote brotherhood and national unity. Senior advocate Gaurav Bhatia, appearing for PIL petitioner Nikhil Upadhyay, said it was a constitutional issue and sought directions under the Right to Education Act.

Sensing the bench’s inclination to consider the PIL, the lawyer withdrew it. The petition was filed in the backdrop of Karnataka’s ‘hijab’ controversy. It is hearing arguments on a batch of petitions challenging the Karnataka High Court’s order refusing to lift the ban on hijab in institutions. It sought an order to set up a judicial commission or expert panel to “suggest measures to promote fraternal dignity unity and national unity among students to promote the values ​​of social and economic justice, socialism secularism and democracy”. It was said “It is very important to introduce a common dress code in all schools-colleges to maintain the secular character of educational institutions, otherwise tomorrow Naga Sadhus may enter colleges without clothes citing the necessary religious practices. can attend the class of