Asaduddin Owaisi has said that I hope that the Anjuman Intejamia Masjid Committee will appeal against this order. 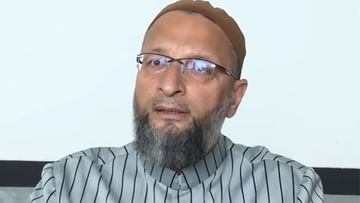 AIMIM chief Asaduddin Owaisi’s statement has come to the fore on the Gyanvapi Shringar Gauri controversy. He has talked about challenging the decision of the district court of Varanasi in the High Court. He said, ‘There should be an appeal against this order in the High Court. I hope the Anjuman Intejamiya Masjid Committee will appeal against this order. I believe that after this order the purpose of the Place of Worship Act 1991 will be defeated.

He said, with such a decision, the very meaning of the Worship Act of 1991 is lost. The Gyanvapi Masjid case seems to be on its way to the Babri Masjid. If this continues, the country will go back to the 80-90s.

Earlier, the Varanasi district court on Monday dismissed the plea of ​​the Muslim side questioning the maintainability of the Gyanvapi Shringar Gauri case and said it would continue hearing the petition seeking the right to worship. The Muslim side has announced to challenge this decision of the court in the High Court.

Hindu side’s lawyer Vishnu Jain told that District Judge A.K. Vishvesh, dismissing the petition questioning the maintainability of the case, decided to continue the hearing. A lawyer present in the court said that the district judge read out the 26-page order within 10 minutes in the presence of 32 people including the litigants and their advocates from both the sides. On August 24, the court had reserved its order in this matter till September 12.

What did the lawyer for the Muslim side say?

Merajuddin Siddiqui, counsel for the Muslim side, said that this decision of the district court would be challenged in the high court. It is noteworthy that in this case, five women had filed a petition seeking permission for daily worship of Hindu deities, whose deities are located on the outer wall of the Gyanvapi mosque. Describing the Gyanvapi Masjid as a Waqf property, the Anjuman Intejamiya Masjid Committee had said that the matter was not maintainable. The next hearing in the case will be on September 22.

In his order, the District Judge said, “In view of the arguments and analysis, I have come to the conclusion that this matter is related to Places of Worship (Special Provisions) Act 1991, Waqf Act 1995 and UP Shri Kashi Vishwanath Temple Act 1983 and Defense No. 4 (Anjuman). Arrangement) has not been barred under 35C, hence it is dismissed.” After the court’s verdict, some people came out on the streets and celebrated by distributing sweets.

The case was transferred by the Supreme Court to the court of District Judge, Varanasi.

Significantly, on May 20, the Supreme Court had transferred the petition of Hindu devotees regarding the Gyanvapi Masjid from the court of Civil Judge (Senior Division), Varanasi to the court of District Judge, Varanasi in view of the complexity of the matter. The top court had said that it would be good if the matter is heard by a senior judge having experience of 25-30 years. Orders were given to get it done.

A bench of Justices DY Chandrachud, Surya Kant and P S Narasimha had said that it was not undermining the qualifications of a civil judge, but considering the complexity of the matter, it is better that a senior judicial officer be the judge. Have a hearing After this the matter was transferred to the court of District Judge AK Vishwesh.

In view of the sensitivity of the court’s decision, the Varanasi district administration had imposed prohibitory orders under Section 144 and made tight security arrangements.

October 1, 2022
Singer Adam Levine: Did he want to name his baby after an affair? | Breaking News

Singer Adam Levine: Did he want to name his baby after an affair? | Breaking News