In the meeting of the United Nations Security Council, Indian External Affairs Minister Dr S Jaishankar said that the impact of the Russia-Ukraine war can be felt all over the world. Due to the demand of time, this war should be ended as soon as possible. 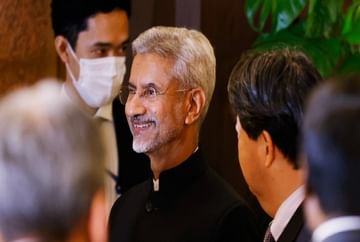 Indian Foreign Minister Dr. S Jaishankar expressed concern over the Ukraine crisis at a meeting of the United Nations Security Council on Thursday. He called for an immediate end to the Russo-Ukraine war. S Jaishankar said that the Ukraine war is a matter of grave concern for the entire international community. He said that India has always appealed to end this war through dialogue and diplomacy. Let us tell you that the war between Russia and Ukraine has been going on for more than 6 months. Jaishankar said that the impact of this war can be felt all over the world. Due to the demand of time, this war should be ended as soon as possible.

Spoke at the UNSC briefing on Ukraine. pic.twitter.com/LZ7m8ERPmM

The External Affairs Minister further said that in the event of any war, violation of human rights and international law cannot be justified from anywhere. The Security Council should send a clear message in this regard. During this, S Jaishankar also targeted China in gestures. He said that when the issue of banning the world’s most dangerous terrorists arises, then efforts are made to save them from punishment and politics is used to avoid accountability. Jaishankar said that one should never resort to politics to avoid accountability. Not even to save the guilty from punishment. Sadly, we have seen this happen recently in this very council, when there was talk of banning some of the most dangerous terrorists in the world.

“If the culprits of the horrific attacks in broad daylight are not punished, then this council should think what message we are sending by not punishing the culprits,” he said. If we have to ensure credibility then we have to make continuous efforts. Let us inform that China had blocked the proposal of America and India to blacklist Pakistan-based Lashkar-e-Taiba terrorist Sajid Mir in the United Nations. This is Beijing’s third such move in four months.

Mir is the mastermind of the Mumbai attack

Mir is one of the wanted terrorists of India and the main conspirator of the 2008 Mumbai attacks. Beijing on Thursday blocked a US proposal to blacklist Mir as a global terrorist under the UN Security Council’s 1267 Al Qaeda Sanctions Committee. India has supported this proposal. Under this, it is proposed to attach Mir’s properties and impose travel and arms restrictions on him.

Mir is India’s most wanted terrorist and the US has placed a reward of 5 million dollars (over 400 million) on him for his role in the 26/11 Mumbai attacks. In June this year, he was sentenced to more than 15 years in prison by an anti-terrorism court in Pakistan in a terrorism financing case.

IND Vs SA: Team India will suffer a huge ‘loss’ if Rishabh Pant plays, know why?

September 28, 2022
know how to make skin glowing through tomato facial

Know what is the right way to eat lemon.