The performance of the Indian team in the Asia Cup-2022 was not good and the team could not go beyond Super-4. After this, questions were being raised on the team combination in many ways. 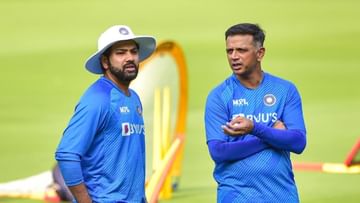 The pairing of Rahul and Rohit has not yet seen much success for India. (File Pic)

The campaign of the Indian team in the Asia Cup-2022 was not good. The team could not go ahead of Super-4 while it came as a strong contender for the title. After winning the first two matches, Team India could not win the remaining two matches and was out. He was first defeated by Pakistan in Super-4 and then defeated by Sri Lanka. In her last league match, she was successful in winning against Afghanistan. Team India’s playing-11 combination in this Asia Cup did not look good. Ajay Jadeja, the former batsman of the Indian team, has now given his point on this.

After the defeat at the hands of Sri Lanka in the Asia Cup, Rohit Sharma had said in the press conference that he is still looking for answers regarding the team combination. His statement was not liked by former India players Dilip Vengsarkar and Sunil Gavaskar. Now Jadeja has also criticized the constant changes taking place in the team.

It is important to have stability in the team

Talking to Cricbuzz, Jadeja said that it is important to have stability in the team. At the same time, he said that both the captain and the coach should show the same stand in front of the press. Jadeja said, “You have to keep the process going. If you keep making changes and sorting after every result, there will be confusion in the team which is a very old thing in Indian cricket. It can be ended. I know there will be harmony between the coach and the captain but it has to be in front of the press as well.”

Must have a strong relationship with the team

Jadeja said that if some such things happen then it is necessary to tell in the press and the team should know about it. He said that the internal environment that prevails inside the team should be strong. He said, “It is not that we have never been captain and we have never held a press conference. Sometimes some things should be said in a press conference because they can be important. But your team should know why you did those things. You should have a strong internal relationship with the team and there should be no need to justify it in the press.”

Young players can have a wrong effect

Jadeja said that the different combinations told by the team to try can have a wrong effect on the young players. He said, “Loss and wins are part of the game, but there should be no confusion about team composition. We are trying things, such statements should not come. You should understand that these are players and they have families. When he reads these things, many times these things will come in his mind. Both the coach and the captain should be consistent in their statements in the media.

September 26, 2022
Seeing the strawberry and blueberry samosas, the users stunned, said- ‘Have they come from another planet’

September 26, 2022
Fans in Kerala took the name of this special person in front of Suryakumar, the player did this work again