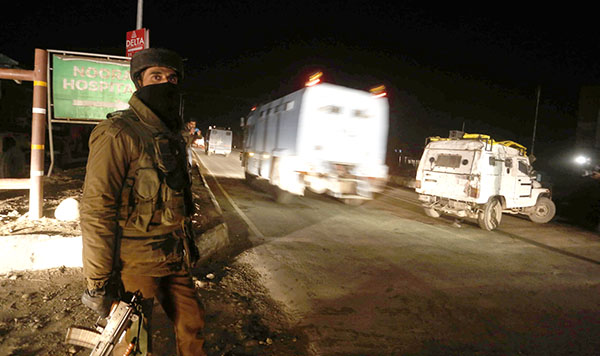 SRINAGAR// Two militants were killed in an ongoing encounter between militants and security forces in Nowgam area of ​​Srinagar district on Wednesday evening.
Kashmir Zone Police said that on receiving a specific information, a search operation was launched in the area. As soon as the security forces reached the area, the militants hiding there opened fire on them, which started an armed encounter.
Police said that 50 RRIs of police and army are deployed in the area. More details are awaited.
In a tweet, the Kashmir Zone Police said, “According to a specific tip-off received by the police, an encounter has started in Nowgam area of ​​Srinagar district. 50RR of Srinagar Police and Army are deployed in the area. Further details are awaited”.
In another tweet, police said, “2 militants killed in Nogam encounter, operation underway, more details awaited”.