Virat Kohli has made a comeback in form with a brilliant century in the Asia Cup 2022, while Shahid Afridi has given him amazing advice. 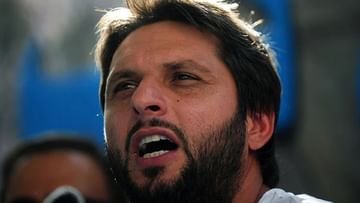 Shahid Afridi advised Virat Kohli that he should say goodbye to cricket while performing well and not leaving the team. In a conversation with Sama TV, Afridi said, ‘The way Virat Kohli has shown the game, he had to face difficulty before making a name. He is a champion player but there comes a time when you are moving towards retirement. But on such an occasion your aim should be to say goodbye with pride.

Shahid Afridi said, ‘The matter should not reach there that you should be dropped from the team. You should retire while doing your best. Very few people are able to take such decisions. This is especially difficult for Asian players. Although I think Virat Kohli will retire with pride.

Shahid Afridi — “Virat Kohli has struggled to make a huge name for himself. He is a champion. However there does comes a stage in every cricketer’s life where he has to think about retirement. It would be great to see Virat Kohli take retirement at the peak of his career.” #AsiaCup


Will Virat Kohli leave one format?

Let us tell you that such things are going on continuously that after the T20 World Cup, this veteran player of Team India can take a big decision. According to media reports, talks have started with Virat Kohli about leaving the T20 format. It is also being claimed that Virat Kohli himself is thinking of saying goodbye to a format. Because a lot of cricket is happening right now and Virat Kohli’s body is no longer able to bear the burden of all three formats as before. Now let’s see what decision Virat Kohli takes.