Channel 9 wants to make a tele film on the life of Australian fast bowler Shane Warner, but Warner’s family is not ready for it. 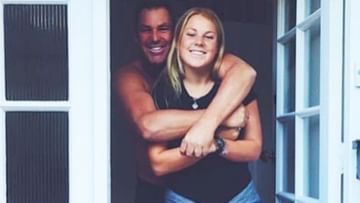 Australia’s legendary player Shane Warne died some time ago due to heart attack. His family had gone into mourning due to Warne’s sudden demise. Everyone paid tribute to Warne in their own style. Meanwhile, Channel 9 of Australia decided to make a tele film on Warne’s life. However, this idea was not liked by Warne’s family at all and Warne’s daughter Brooke became furious.

Warne’s eldest daughter Brooke Warne and manager lashed out at Channel 9 for making a tele-film on the veteran player’s life. Brook, 25, wrote on Instagram Story, ‘Do you have any respect for my father in your heart? Or for his family? He did so much for you and only 6 months after his death you want to make his life and family a drama?’

At the same time, James Erskine, who was Warne’s manager for a long time, also called it wrong. He said that Channel 9 should be ashamed of itself. He told The Sun, ‘It’s only been a few weeks since his death. Such a sensational offer is being made on his death. You should be ashamed of yourself. Warne was associated with Channel 9 for 20 years and used to do commentary. It is believed that Channel 9 network started work on this project a few days after Warne’s death. He feels it will be a true tribute to Warne. However, the family does not agree with this.

A Channel 9 spokesperson said it was like celebrating Warne’s life. He said, ‘A man who led a wonderful life and who got a lot of love. We have a lot of respect for Shane Warne’s achievements. We hope Warne’s family and all Australians will like it. Australian legend Shane Warne, one of the world’s greatest bowlers of all time, died on March 4. He was 52 years old. In a statement issued by Warne’s management, it was told that the legendary leg-spinner died of a heart attack in Koh Samui, Thailand.