Sri Lanka had signed a three-year deal with this former player but have decided to leave him halfway through, that too before the T20 World Cup. 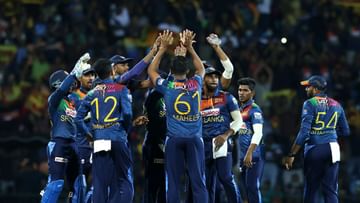 There will be a big change in Sri Lankan cricket. (File Pic)

Surprising everyone, Sri Lanka won the title of Asia Cup-2022. No one was even considering this team as a contender, but the game shown by this team, which is going through a tour of change, got it the trophy. Sri Lanka seemed to be returning to its old color on the basis of this, but in the meantime it has suffered a major setback. Sri Lanka’s cricket director Tom Moody is about to step down. There are reports that the Sri Lanka Cricket Board and Moody’s have decided to part ways before the end of the agreement by consensus.

This news has come as Sri Lanka is preparing for the ICC T20 World Cup starting next month and the victory of Asia Cup-2022 has stepped in the path of bringing it back on the old path. Moody’s but his term is coming to an end in a year and a half.

will have to compensate

According to media reports, the Sri Lankan board was not able to bear Moody’s expenses and that is why they have taken this decision. Along with the annual fee, the board had to provide all kinds of facilities to keep Moody in Sri Lanka.

Have been coach before

This was not the first time that Moody was associated with the Sri Lankan team. Prior to this, he was the coach of the team from 2005 to 2007 and during this time the Sri Lankan team showed a great game in Tests and ODIs. Sri Lanka reached the final in the ODI World Cup played in the West Indies in 2007 but could not win. He had to face defeat at the hands of Australia.


This person will get the responsibility!

At the same time, if the report of the Sunday Times is to be believed, then the Sri Lanka board is planning to give a big responsibility to its assistant coach Mahela Jayawardene. Moody was brought in to bring Sri Lankan cricket back on track, which includes domestic cricket. He did this work well too, but now the board feels that Jayawardene is now more involved in the country’s cricket, so he can do this work without Moody. However, the former Sri Lankan captain has recently taken over a big role in the IPL franchise Mumbai Indians.