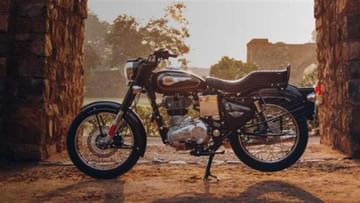 capital of rajasthan Jaipur A shocking case of theft has come to light. According to the incident, when the thieves who came to steal the bike did not find petrol in it, the thieves brought petrol the next day and then stole the bike. According to the information, when the thieves came to steal the bike, they could not walk due to lack of petrol, after which they stole a bicycle parked there and went back after sitting on it. At the same time, the thieves reached the same place the next day with petrol and then put it in it and stole the bullet. This unique incident of theft in Jaipur was caught on CCTV.

It is being told that the incident took place on the night of 9 September in Bhankrota police station area of ​​the capital. Regarding the incident, CI Ravindra Pratap Singh of Bhankrota police station informed that this incident of theft took place in Govind Residency, where the bullet bike of a youth named Harsh was parked in the parking lot of the apartment, which on September 8, two thieves had come to steal.

At the same time, there was no petrol in the bike, so he stole the bicycle parked there and took it away. After this, on September 9, at 2 pm, both the thieves returned there and after putting petrol, took the bullets parked there.

Petrol was extracted for fear of theft

At the same time, after the incident, Bullet bike owner Harsh Kumar says that his favorite bike was Bullet and he used to empty petrol from the bike every day for fear of theft at night. Harsh says that I thought that due to lack of petrol, thieves could not steal the bike, but the thieves reached with petrol and stole the bike by filling petrol.

At the same time, this entire incident of theft was captured in CCTV. Along with this, the owner of the bike, Harsh has also lodged a complaint with the Bhankrota police station. The police registered a case and sent a team to the apartment from where the CCTV footage has been scanned. According to the police, thieves are clearly visible in the footage, who are now being searched.